How does virtual YouTuber works?

A virtual Youtuber (VTuber) is a kind of non-real idol that has an independent character design and a virtual image, relies on technologies such as expression capture, motion capture, and real-time rendering that drives the virtual avatar to make synchronous actions in real-time based on the expressions and actions of real people. The whole process requires real people to participate.

Relationship Between Operator and Virtual Avatar

Many virtual YouTubers hope to show only the identities of virtual avatars, excluding the identity of the operator, and fans usually have a tacit agreement not to discuss the real identity. Many VTuber companies also stipulate that operators must maintain a character image and not reveal the identity. However, some audiences will human-powered search the operator, or discuss it publicly after being exposed to this information.

Due to the blurred line between virtual Youtubers and real people, some may take the character setting seriously, feel cheated after finding out the truth or laugh at fans who don't really care about it (such as the VTuber Nora Cat's "people inside" and avatar gender: https://www.youtube.com/watch?v=DIFbgtiQnZY).

The opposite may also happen, where the avatar looks, moves, or the way the operator speaks may change, yet the audience prefers the original avatar.

Generally refers to the external skin model, the standing painting designed and realized by the artist, and then the animation model is made with live2D.

The person who operates the avatar will dub the avatar and interact with the audience. The person inside is the soul of the VTuber. Generally, they use motion capture and virtual reality technology. (If you don't know what it means, refer to the details👉What is VTuber-Brief Concept) 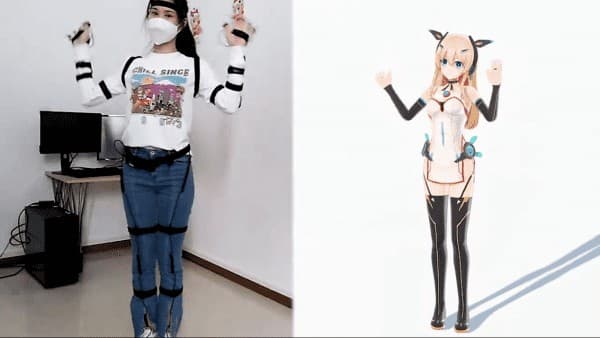 ③ Multi-talented skills: It depends on the case.

Japanese is the de facto international language of the Virtual Youtuber industry. Most of the vtuber languages are Japanese and Chinese, and a few are English, Indonesian, Korean, etc. Most virtual streamers can only conduct events in their native language, and multilingual vtubers can conduct events for audiences in different regions, so it is especially rare.

The proportion of vtubers who have studied abroad or overseas work experience is also relatively high. The topic of language ability of vtuber is also talked about by the audience. Some vtuber organizations will screen or cultivate the language level of them, such as リブドル! , ReVdol! (Program Official Translation: -VIRTUAL IDOLS NEXT TO YOU-). All virtual idols can conduct activities in Chinese and Japanese, and all virtual YouTubers of oveRidea can communicate in Japanese, English, and Chinese.

Refers to the computer that meets the general streaming requirements (if you want to use the avatar to live broadcast the game, the configuration should be higher). 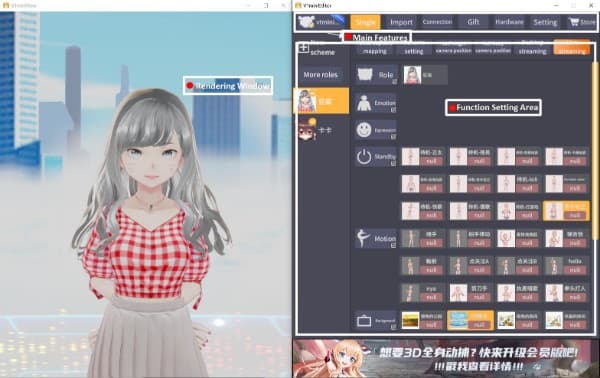 This software supports free facial capture, available via webcam, Android, and iPhone. Motion capture is also available for a fee if desired. At present, China's bilibili.com virtual uploaders (Vup) complete live broadcasts through facial capture every day, so even the free version of VTmini can meet everyone's daily needs.

After getting the existence of virtual entertainers, are you curious whether you can own a virtual avatar? If you are interested, please continually focus on the follow-up information, we will keep updating and figuring out questions.

This article was originally created by SuperACG, please keep the link for reprinting or reproducing:
https://en.acgvr.com/vtuber-guide/22.html

上一篇：How to Create Your Own Virtual Avatar​?